The stress and cost of TB testing 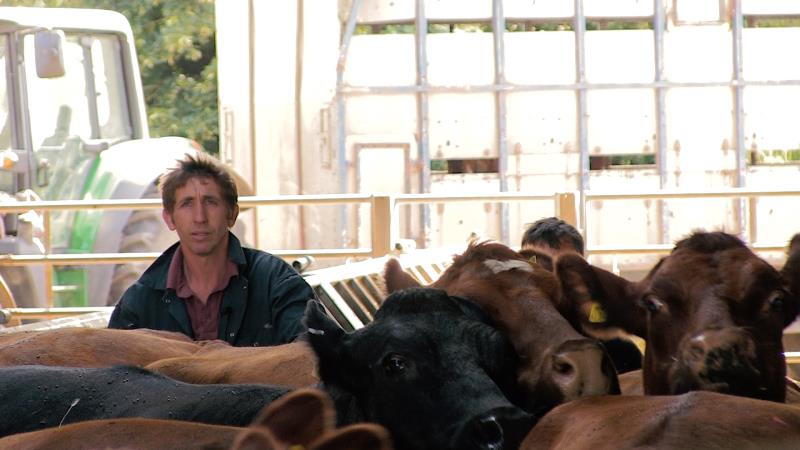 Ian has 780 beef cattle on his farm in Hampshire and every TB test involves weeks of preparation, dozens of man-hours, and costs thousands of pounds.

“I don’t think people really understand the amount of expense and effort from the farmer’s point of view that goes into every TB test. The on-farm costs on a business that could easily be struggling anyway are huge, and these are people’s livelihoods. This isn’t just a job that people go to from 9am to 5pm, this is somebody’s livelihood.

“There’s a huge amount of work. It takes a huge amount of labour and time. We’re like a lot of farms – we have cows grazing in fields in a number of different locations, some of which are several miles away from where the TB testing is done. So the preparation work for the test starts two or three weeks before the cattle are actually tested.

“It takes the best part of a fortnight to actually get all the cattle in so they can be tested. I’ve worked out it takes us something in the region of about 150 man hours just getting the cattle through the actual TB test. It’s not very easy for the people and it’s distressing for the animals.

“It’s stressful because it’s a job no one looks forward to doing. I’m asking my staff to spend a couple of days of their week in there penning animals up. It’s fraught with difficulties. We're stressed about the testing process and the results, and the cattle are naturally tense and anxious too - a combination of factors which creates a difficult situation. There’s always the risk that the animals could panic and get out, that the testing takes much longer than you thought, and also you don’t know what the outcome is going to be.

“When you see the cows out in the fields and they all look lovely and content, lovely and peaceful, it illustrates just what an upheaval TB testing is for the cattle, not just for the people working with them.

“Every time we have a TB test it’s costing us in the region of £2,000 to £2,500 in labour alone. So, if you end up having to test three or four times a year, like we have this year, you’re looking at somewhere between £8,000 and £10,000 just in the labour of moving the animals and pushing them through the race.

“It’s only when the test has finished that you know whether you’ve got to go through the whole scenario again in 60 days’ time and possibly 60 days after that. If you end up in that cycle of testing every 60 days it has a huge impact on your farming business and your ability to carry out that farming business.”

What happens if an animal tests positive?

Ian’s cattle are tested for TB every year. Any animals that test positive for TB are isolated and slaughtered to stop the disease spreading. The rest of the herd then has to be TB tested every 60 days until it passes two consecutive TB tests. Any animals that have an inconclusive reaction to the test – which means there’s a possibility they could have TB – are isolated from the rest of the herd. The entire herd then has to be tested again in 60 days’ time.

If an animal has an inconclusive reaction in two consecutive tests it is deemed to have tested positive for TB and is isolated and slaughtered. The whole herd then has to be TB tested every 60 days until it has two consecutive clear tests. Only then is it declared TB free and the restrictions on the movement of cattle on and off the farm are lifted.

“As soon as you realise that you’re going to have to have another test, you’ve got an inconclusive result, your heart really sinks. You know that it’s fraught with difficulties. There’s always the risk then that you won’t get a clear result, that you might suddenly find that you’ve had a TB breakdown, and the consequences for your business then are massive.”