The impacts of bovine TB on a closed herd 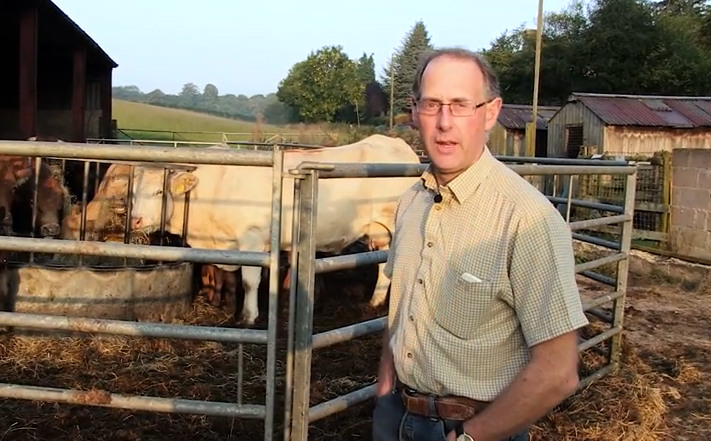 For the past 14 years, Richard has bred all his own replacement cattle. Other than bringing in a breeding bull occasionally, no cattle have come into his herd from other farms during that time.

During a recent TB test, 19 animals – a bull, 15 cows and three calves – all tested positive for bovine TB and had to be slaughtered. All 19 had tested clear of the disease in a previous test 60 days earlier. A cow and a calf that gave an inconclusive reaction to the TB test also had to be slaughtered, meaning 21 of Richard’s herd of 110 cattle were culled. Losing that many animals, including one of his breeding bulls, is going to have a significant impact on Richard’s business.

Richard says: "They’re all home-bred. Due to the risk of bringing disease in by buying replacements we decided to actually keep it a closed herd. We’ve lost one of our breeding bulls as well. We paid a lot of money for a top pedigree bull and that’s going to have a serious impact on our breeding programme going forward.

"I’m not prepared to accept putting the health of the rest of my herd at risk by buying in replacements. I’m going to rebuild. It’s quite a slow process to get your herd numbers up that way but I think long-term it’s certainly an advantageous way to take things forward.

"We’re currently not vaccinating, we don’t need to vaccinate at all. I don’t consider we have any health issues that require a vaccination policy. It will take a good two years before we get the numbers up to where we were before. That’s short term pain for long-term gain."

While the cattle Richard breeds are sold to other farming businesses, it doesn’t mean the impact of a bovine TB outbreak is any less.

Richard says: "It’s a commercial herd, let’s not get away from that. We’re breeding cattle to sell, but at the same time you’ve got cattle that you’ve had around for some time and they’ve all got individual characters and you remember the calves from them.

"The welfare of your animals is absolutely paramount and I do everything I can within my control to make sure my animals are kept to the best health standards. I take great pride in what we’re doing. What’s the point of having livestock and not looking after them properly and getting the best out of them. It’s fantastically rewarding to go out in that bunch of cattle there and think that you’ve actually helped produce these animals and care for them over their life."

The impact of a positive TB test on the farm business is the same whether one animal tests positive or 19.

"If you’ve got a reactor you’ve got TB so the process is triggered. Then when you progress through the testing and you get reactor after reactor after reactor you just … it kind of numbs you really and you just think ‘well, I haven’t done anything different for the last five years so where’s it come from, how’s it suddenly exploded like this, and how are we going to take the job forward’. We’ve been grazing the same land now for probably five years. So you’ve got to ask yourself the question ‘Where has this outbreak come from? Where’s the source of the outbreak come from?'

"The financial implications won’t be felt immediately but they’ll be felt in around two years’ time. We sell our young stock on to other farms when they’re around two years old and they sell for around £1,000 to £1,100. We lost 16 cows at this test so in two years’ time that’s likely to be somewhere between £16,000 and £18,000 we won’t have and as a business we’ve got to deal with that."

As well as anxiously waiting for the results of his next TB test, Richard also faces a difficult business decision about whether to continue grazing cattle on the land that the cattle that were culled had been grazing.

"I’m not using that land at the moment. If there’s a chance the source of the outbreak came from there I’ve got to consider whether the risk of continuing to use the land is worth it."